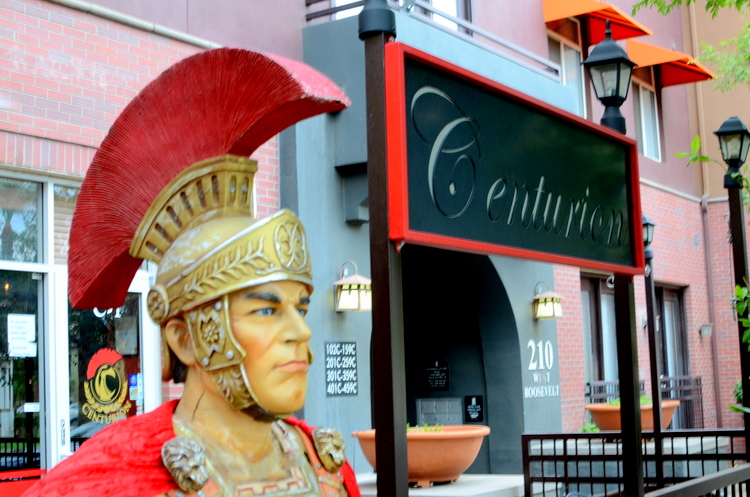 Centurion and Bar Maximus chef Eric Osburn knows his alcohol.  Toward the end of my recent hour-long chat with him at Maximus he pointed to the top of the wine-bottle-lined bar and asked if I knew where all of the empty bottles had come from.  After letting me guess errantly for a while he concluded, "I drank them all."  Impressive enough until he pointed to the adjoining Centurion restaurant and the wall lined with several dozen more bottles.  His point was that in order to know what good wine is, one has to be constantly drinking wine; a job many of us would clamor for, but one he takes seriously.

Chef Eric brings this same enthusiasm to the world of whisk{e}y.  After having a vivid deja vu moment in which Eric contested my assertion that there is no good American whiskey bar in the Phoenix area by saying, "yeah, except for Magnums," he explained that he is perhaps more hopeful than am I about the future of whiskey in Phoenix.  Maybe he has reason to be so hopeful since he believes he's going to have a hand in this future.  Within five years (ideally within two to three) he's planning to have 200 scotches, 80 bourbons/ryes, and a very healthy smattering of other worthwhile drinks (gin, cognac, etc) lining the shelves at Bar Maximus.  He's well on his way for the Scotch at least. 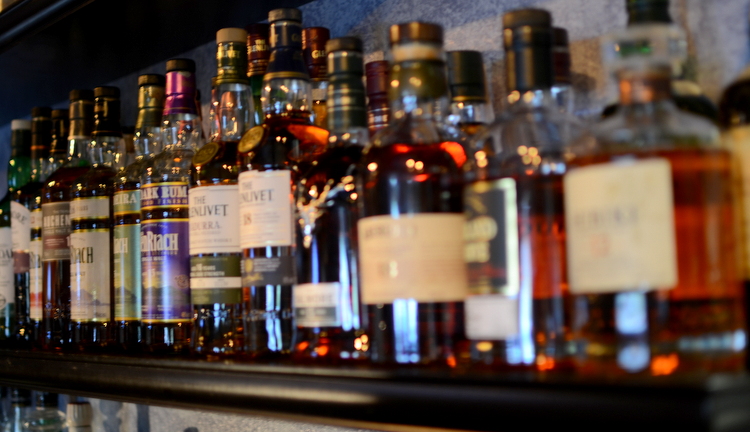 He recently hosted a "350 Years of Scotch" event during which participants (those willing and able to shell out the $200 entry fee) walked (and drank) their way through the history of Scotch with Eric serving as tour-guide.  After brainstorming a while about his next whiskey-centric event we decided that a blind tasting of several American whiskies would be entertaining and enlightening; Eric is hoping to host this event in the fall or early winter.

Chef Eric and I disagree on a variety of issues related to whiskey; he's a Scotch guy who appreciates American whiskey; I'm an American whiskey enthusiast who drinks enough Scotch to keep the "e" in "whiskey" encased in hipster brackets -- {e}.  Perhaps most contentious was his assertion that American whiskey drinkers tend to fall into one of two camps: those who just want a smooth drink experience regardless of complexity or flavor, and those who want to be punched in the face by their drink (i.e. those like me who enjoy drinking their cask-strength George T. Stagg without adding water).  I'd argue that he's perhaps right about the first group, but sorely mistaken on the latter; I don't mind a good Stagg punch in the face, but I'd argue that a Thomas H. Handy Sazerac Rye, a High West Rendezvous Rye, or even George T. Stagg itself -- even with all of its brute strength -- would rival most Scotches out there in terms of complexity (and flavor).

In spite of our differences, I inherently trust someone who is as knowledgeable, and as detail-oriented as Eric is.  At one point in our discussion, as he was explaining why he so thoroughly enjoys the Glenlivet lineup (each successive iteration is a unique formulation, not just a further refinement of the lesser-aged version), he interrupted himself to ensure that a server at the bar was serving a drink correctly.  Only when he was satisfied that the drink was to his specifications, and after educating the server on proper beverage storage, would he return to our conversation.  If he takes this same approach to whiskey, I can live with his specious views on American whiskey and its adherents...after all, someone as educated as he is on the world of whiskey (and alcohol in general) will surely be willing to learn a little more from American whiskey lovers around town.

Here's hoping that his vision for the future of whiskey in Phoenix comes to fruition...and sooner than later.

In the meantime if you want to drink some good scotch and perhaps chat with Chef Eric yourself, Centurion and Bar Maximus can be found here: