When Lux Coffee opened in downtown Phoenix in 2005 it quickly became a key hub of hipsterdom within the Valley; overflowing with MacBooks, mid-century modern furniture, thick-rimmed glasses, skinny jeans, and all things Neo-Retro.  If you were intelligent (or lucky) enough to maneuver the opaque ordering process, you were rewarded with a very good cup of coffee.  Lux still offers one of the three best cups of coffee in the Valley (along with Giant, and Cartel), but I'm generally not willing to put the time and effort into navigating the unspoken rules governing the ordering of said coffee.

Then in 2011, not content to just offer coffee any longer, Lux Coffee closed and reopened later the same day as Lux Central, offering food and adult beverages in addition to its fine coffee.  (I suspect that this change was at least partly due to the fact that an establishment cannot be a true hub of hipsterdom in any meaningful sense without offering Pabst).

My wife came across an article a while ago, likening Lux to a "dinner party in full swing."  She agreed, but added, "it's just a dinner party that we haven't been invited to."  Assuming you're not a fully-decked-out hipster, with tons of hipster cred, you'll immediately understand what she means when you walk in.  All of the eyes in Lux, peering from behind their thick-rimmed glasses will quickly assess you, deem you inadequate for Lux standards, and shun you, hoping you'll take the hint and leave.  I'm just being defensive, you say?  Projecting a little of my only-slightly-hipster insecurity, maybe?  I don't think so; for evidence take a gander at their website and tell me that it's not the epitome of pretentious hipsterdom.  I'm right, right? 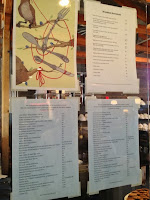 When you walk in, upon making it past the above-described hipster passive-aggressive bouncers (assuming you make it that far), you'll come across what may possibly be a menu (?), taped to glass enclosure encasing the near corner of the coffee bar.  You're not sure that it's a menu, because, mixed in with it are random pieces of art, and more inexplicably, random pictures of some child kneeling beside a soccer ball and another sitting on a tractor.  Why are these picture there?  Who are these children?  How should you know...you weren't invited to this party. 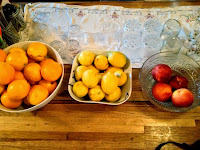 If you survive to make it past this second-level defense (the annoyingly and unnecessarily confusing menu defense), you are confronted by the last level of defense in Lux: fruit.  Bushels of fruit.  Fruit everywhere.  In bowls on the counter-tops.  Hanging from the ceiling in baskets.  On the window sill behind the people busy behind the counter (presumably staff?).  What is it there for?  Can I just take one of these apples?  How much would it cost if I wanted an orange?   "Stop asking questions and get out!" the invited guests silently entreat from behind their thick-rimmed glares. 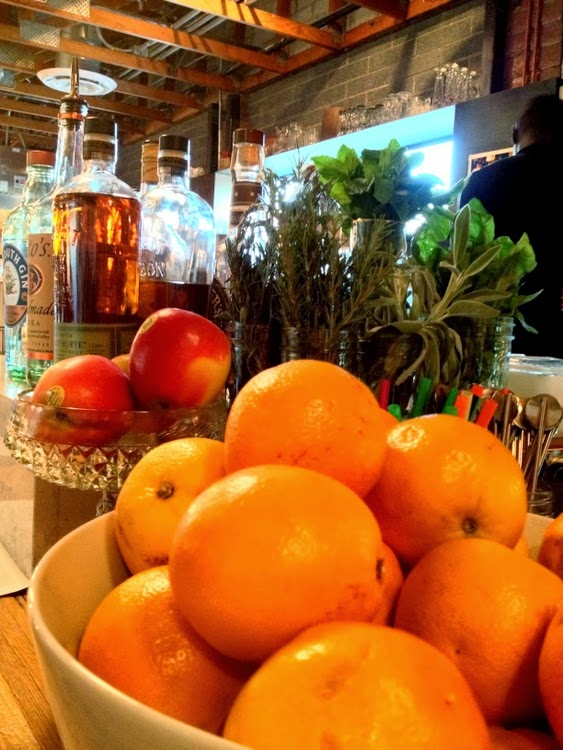 If you make it past the Fruit Defense you will finally come to the bar section of Lux.  That's what I went for -- this is a whiskey blog after all.  I wish I could have just determined that Lux had a terrible whiskey selection and terrible prices, turned around and marched out self-righteously, but alas, they had a fairly large selection, and even some hard-to-find whiskies.  Also in Lux's favor was that they had no truly terrible whiskies to offer; I have to (begrudgingly) respect a bar that doesn't even offer Jack Daniels or Jim Beam White Label.

It was annoying to have another Rokerij-type experience wherein, because of a lack of a menu, I had to ask the barkeep what each bottle was, given how far back the bottles were sitting and the seemingly-random distribution of whiskies.  It was that much harder in this situation because the barkeep was being kept very busy by the hoard of thirsty hipsters behind me. 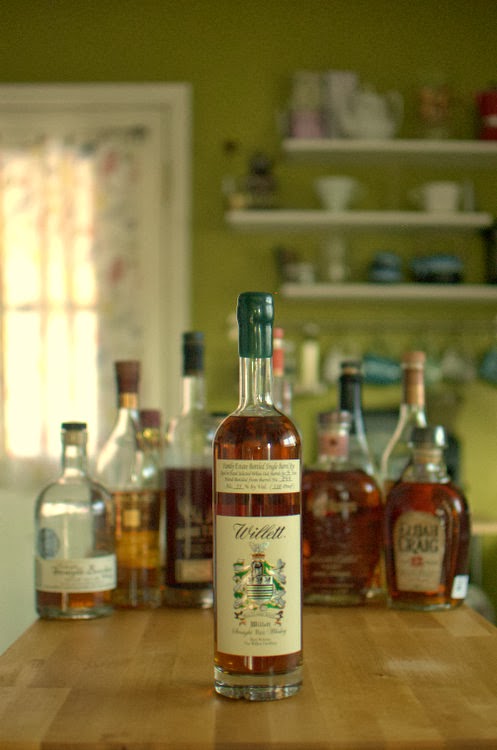 I ultimately decided on the Willett Rye.  I'll write an extended review later, but this is easily the most minty whiskey I've had.  There's other stuff going on here too, but it's a mint kick in the teeth, in a good way.

In spite of the good whiskey selection, and reasonable prices, I think I'll largely avoid Lux.  I'll leave the hipster enclave to the hipsters.  If that's more your scene, then by all means, enjoy some good whiskey there.  Just beware the ubiquitous fruit; you're bound to be buried by a fruit-slide sooner or later if you're not on guard.